This is a detailed article on the ways education can change society.

When Nelson Mandela stated that Education is the most powerful tool which can be used to change the world, he was not mincing words because as a highly educated man, he knew the true value of education.

It is only a primitive man that will dismiss the change education has caused in society because it is glaring for everyone to see.

The question, “can education change a society?” is a question we should answer individually because we all live in a society where education thrives.

However, to answer the question, I have discussed at length the benefits of education to society in this article.

Go through it, and see the ways education can change society.

Education is the process of acquiring knowledge, values, skills, habits, beliefs, morals, and the practice of personal development.

Education is a continuous process and it developed as communication of cultural inheritance from one generation to the other.

Education started in prehistory, as grown-ups trained the young in the knowledge and talents considered essential in their society orally and through imitation.

However, in our modern society, education encompasses many things including the emancipation of learners, skills for contemporary society, empathy, elaborate vocational skills, critical thinking skills, and emotional intelligence.

A country that harbors more educated citizens and promotes education is bound to thrive even in the face of dangerous challenges.

However, strength is good but education is the best, and no wonder Edward Bulwer-Lytton in 1839 created the metonymic maxim ”The pen is mightier than the sword”.

Education begets civilization because it brings about changes in society, and through education, people learn to follow principles and keep their society in close ties because knowledge is passed from one generation to another

However, when we consider the great ancient civilization such as ancient Egypt, China, ancient Sumer,  ancient Rome, ancient Greece, and ancient Maya, we realize that they thrived in Education.

They had their unique writing styles, astrology, philosophy, mathematics, arts, and record-keeping methods, and these made their society soar in all ramifications.

Nothing is new on earth, everything we see or learn are things that existed before now and so, through education, they are passed from one generation to the other thereby eradicating ignorance.

Importance of Education In Society

Education is one of the best things that has happened to human beings, it has illuminated the lives of people and gives hope to the hopeless.

However, below are the ways education can change a society.

A society cannot be civilized without the contribution of its members and when the members are not properly equipped with the necessary knowledge or are not properly built through education then the society will remain unrefined.

Education makes people think critically and devise a means to build an inclusive society. It brings social change both to the people and society at large.

To the people, education eliminates ignorance, and that is why people go to school, build themselves, take up different careers, gain mastery of them and use them to build society while also earning a living.

Also, children are taught many things about their society at an early age and keep learning till they become adults and ready to take responsibility.

However, a society that lacks men with skills is bound to be dysfunctional and education helps people develop essential skills embedded in academic competencies such as:

There would be nothing like history if there was no education, thus education preserves our cultural values and beliefs.

Education helps in the handing down of culture from one generation to another through storytelling or documentary.

Through education, we have knowledge of ancient cultures, we know what our ancestors did right and what they did wrong, and we learn from their mistakes.

For instance, philosophy, science, and other disciplines we are studying today originated from the ancient Greeks;  the foremost writing method originated in Mesopotamia, and people in Mesopotamia were the first to practice organized farming.

Education is a tool that can be used to change the overall affairs of a society.

Education enables people to view things from a different perspective and creatively think of ways to improve their economic well-being and quality of life by setting up targeted goals and objectives.

Through education, people acquire essential skills for growth, venture into different professions, and annexed their knowledge for the betterment of society.

One of the ways education can change society is through unity. Education makes people look beyond their race, ethnicity, and religious background and embrace one another as humans beings.

It has bonded people from different regions through effective communication, and the language barrier is no longer an issue as people learn to speak one another’s language and countries develop a lingua franca where everyone despite their indigenous language learns to speak.

Through education, many countries have formed a union where they converge to discuss their unique problems and also proffer solutions to them, they support one another economically and in times of war.

Education enables people to relocate to wherever they want and also earn a comfortable livelihood in the process.

People travel to other countries to study without fear of segregation. They encounter and respect other people’s cultures and through interaction respect one another’s points of view.

The world has become a global village through education, people now know what is going on in other parts of the world without even going there.

However, all parts of the world are being brought together by media technologies, the world is more interconnected than it used to be.

Education has helped reduce conflict in the world and unnecessary tussle for power, and educated leaders employ other means to solve their differences rather than incite a war that will claim the lives of innocent citizens.

Through education, people now view politics from a different perspective rather than a murderous game of self-interest.

However, people know their rights and their civil obligations, and they no longer wait to be told what to do because they know what to do and when to do it right.

People no longer feel intimidated by their political leaders, they know where it is itching them and they voice out using different platforms without fear.

Democracy is a system of government where the citizens of a state exercise power to govern the state, either directly or through elected delegates, and a democratic society cannot thrive without education.

However, if the citizens of a state are not educated, then the essence of democracy is lost because education and democracy are greatly correlated and educated people are better informed.

Slavery emancipation is also one of the ways education can change a society. Mental slavery is the most difficult form of slavery, and it is fuelled by ignorance. It makes people conform to things they naturally should protest against because they are clueless.

Mental slavery bound people to their comfort zone, and strip them of self-love and confidence.

However, a society that is made up of people with a slave mentality is bound to be dysfunctional and backward.

With education, people break free from mental slavery and discover their true potential and purpose, become bold and start making exploits in their societies.

People often fall victim to what they are not aware of, and so education helps people question some things that are happening in their society.

There are numerous superstitious beliefs and practices that are harmful to humans and also impede the growth of society, so education spreads awareness and eradicates most of those blind beliefs.

Through basic education, people learn more about health and how to protect themselves and their children against diseases.

Moreover, education creates awareness of everything you never knew about, when you embrace education, you uncover hidden things.

Moreover, the growth and advancement of humanity can be attributed to educated people who drove human society forward.

Investing in education creates awareness about major challenges in society, such as global warming and environmental degradation.

These challenges directly affect the quality of life, and they can be solved when people have the right knowledge of the danger of what they are facing and what to do to correct it.

The Characteristics of Educated People

1. Educated people are Intellectually curious and are lifelong learners.

2. Educated people are Intellectually humble and honest about what they do not know, and that makes them smarter.

3. Educated people have a matured political perspective and spiritual/philosophical viewpoint.

4. Educated people have the ability to proffer solutions to a wide variety and problems.

6. Educated people nurture and empower the people around them.

7. Educated people have the ability to think clearly and independently.

8. Educated people have a good sense of judgment.

9. Educated people have the ability to think inductively and deductively.

10. Educated people question assumptions and they do not operate by assumption.

11. Educated people are not gullible, they do not readily accept what they are told, and they carry out the necessary research to ascertain the truth.

12. Educated people know how to discern relevant and irrelevant information.

13. Educated people know how to make productive use of the knowledge they acquire.

14. Educated people comprehend human nature and have the ability to establish, maintain, and improve lasting relationships.

15. Educated people know how to create a connection with people, and they know how to get others to trust and respect them.

16. Educated people know how to collaborate effectively with others.

17. Educated people know how to resolve conflicts with others.

18. Educated people have the ability and the discipline to do what is right.

19. Educated people are well-read and have cultural enlightenment.

20. Educated people understand their responsibility to leave the world better than they found it.

Some people that have gone to school continuously display their ignorance and fuel the crises we face in our society which makes people argue about the potency of education in society.

It is worthy to note that a person can pass through school without being educated, Education is beyond knowing how to read and write to having and displaying the characteristics of an educated person.

However, Education is a long-term investment, and countries that want to be outstanding in all ramifications should fix their educational system and make sure citizens acquire essential knowledge that would help in the betterment of society.

That’s all on the 7 ways education can change society. 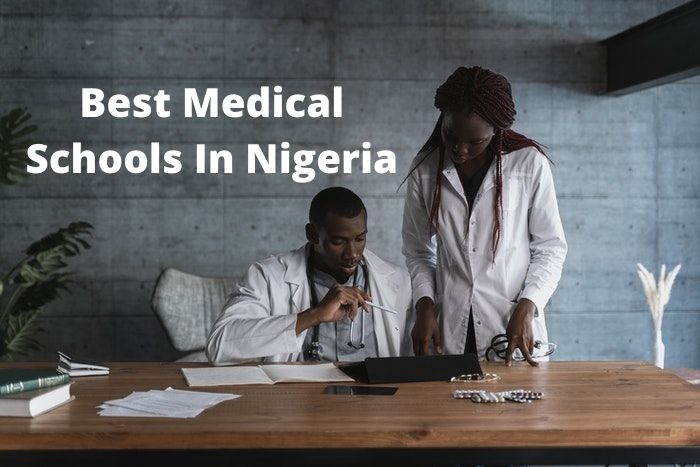 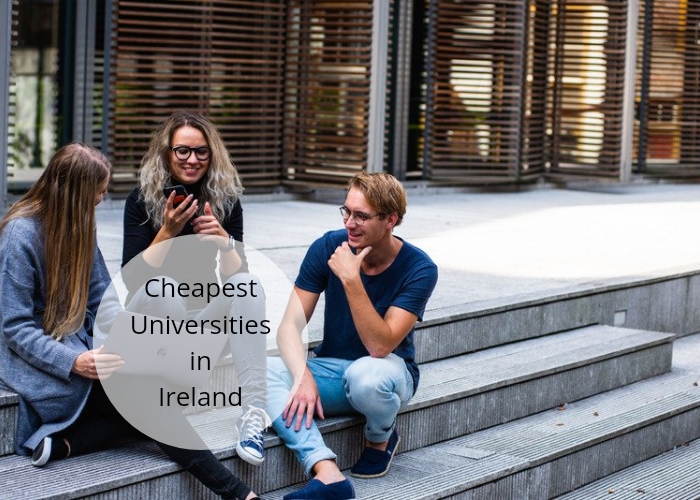 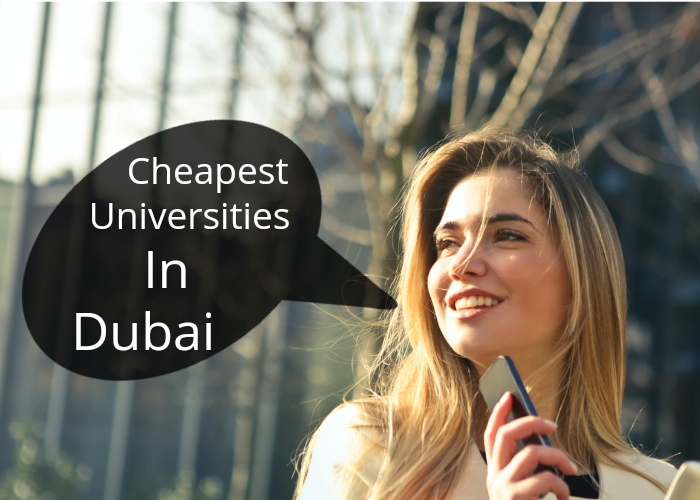